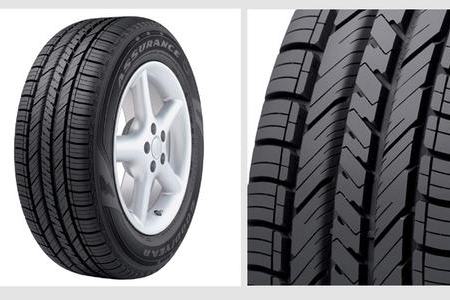 Recently, according to foreign media reports: Goodyear plans to increase the price of Goodyear and Kelly passenger car tires by 5% on April 1. Goodyear pointed out that the price adjustment is to better adapt to the changing market dynamics, and the increase of 5% "reflects the strong value of the Goodyear brand."

It is understood that Goodyear's latest increase in tire prices in the United States was six months ago when Goodyear announced that it would increase its passenger car tire product prices by 5% on October 1, 2019. Affected brands include Goodyear, Dunlop, and Kelly.

As we all know, Goodyear has been in the top three for many years in the World Tire 75 list compiled by "Tire Business". But as the market environment changes, the gap between Goodyear and second-place Michelin is getting wider.

Goodyear's financial report shows that in 2019, Goodyear's sales were US $ 14.745 billion (approximately RMB 102.467 billion), a year-on-year decrease of approximately 4.7%. Net profit was a loss of US $ 311 million (approximately RMB 2.165 billion). From the perspective of global business in all regions, all three Goodyear regions in 2019 saw a decline in performance, and only the Asia-Pacific region's fourth-quarter results were basically flat.

The news that Goodyear successively announced price increases in North America may be a step by Goodyear to adjust its price strategy and adapt to the market to reverse losses. Indeed, Goodyear is running out of time in the increasingly competitive tire market. In particular, the new crown virus epidemic in 2020 poses special challenges for tire companies.

Generally speaking, those who are not optimistic about price increases are still the majority. Indeed, as far as the status quo is concerned, both distributors and stores have a certain amount of inventory pressure. Funds for rejection and withdrawal are now common. Natural rubber prices are also falling, and tire price increases are difficult.